You may be wondering, “What’s my schtick? I don’t even know what a schtick is!”

It’s not something you find on the ground while walking in a forest or something you use to hit a puck. It’s that one thing you become known for.

Years ago, when I owned an alarm company with my father, the competition was fierce. When we started, we bought into a alarm company franchise call The Security Company. We were given manuals, instruction and a few weeks of hands-on-training at the head office in Winnipeg, Manitoba.

After a few years of struggling and hustling to grow a franchise business with little help and support, the alarm franchise network collapsed and the head office folded and sold the name off to a regional manager.

We regrouped, changed our name and pressed on to be one of the biggest privately-owned alarm companies in Western Canada.

From the early days in the alarm business, our sales people would have to rebut numerous different concerns from customers. One of the objections they often came up against was “What happens if the phone line gets cut?”.

Knowing that this was the marketing schtick that a competitor used, we had to inform the customer that we too have a solution to the problem.

Our competitor, a franchisee of Stealth Alarms from Alberta, used their schtick in everything they did. Every marketing piece and potential customer they spoke with believed that if you wanted real alarm protection, you would go with their brand because they offered cell backup.

They knew the value of repetition in marketing and became known as the company who could protect you even if your phone line goes down.

The head office used fear tactics with photos of phone lines being cut to drive the point home. This created a buzz in the industry and made criminals aware of how to bypass an alarm system.

To compete, we had to inform customers that we had solutions too. We offered cell backup, a second siren outside if needed and a programming feature that would monitor the phone line in the event their phone service went down.

Unfortunately, our local competitor also experienced limited support from their franchise network and chose to leave their franchise. They changed their business name and continued on serving Saskatoon customers. It was a few years later, but eventually the Stealth head office sold to Voxcom.

Do I need a schtick?

YES. Every business needs a schtick—something that they become known for. Brand recognition comes from repetition. When you are a small business owner, you can’t do everything.

When I started Zeal Media, I wanted to be like Walmart or Costco, offering a little bit of everything. If a potential customer asked if we could do promotional t-shirts, we’d say “Yes, we can do that.” When a customer wanted a sign frame welded to hang a sign for a tradeshow, we said “Yes, we’ll take care of it!”

The problem with that business model is that you never become recognized for anything specific.

I reviewed my goals and vision and quickly narrowed my service list and started promoting what I was most passionate about: Small Business Marketing.

We love helping owners and entrepreneurs who are looking for next level growth. It’s extremely rewarding to see sales increase in businesses that we’ve helped! Even better when a customer says they can barely handle the growth and need to expand operations.

When the market speaks, you must listen.

After selling our alarm company in 2009, hardwired phone lines have gone by the wayside and cell phones have become the standard by which people communicate. Alarms with cell communication have now become standard.

As the industry changes, your business model must adapt and pivot. If our competitor had continued on with the same marketing schtick, sales would have dropped and their business would have failed. Fortunately for them, they adapted and began selling more camera systems. They still operate a successful alarm business in Saskatoon.

To advance as a company, you need to be on the cutting edge of your industry. Research what’s new and changing. Pay attention to what the industry is doing and what customers want. Move quickly and you will inch ahead of your competitors. If you turn quick enough, they won’t know what happened.

Whatever your niche, make sure the world knows. The greatest success comes through long-term focus and consistency. 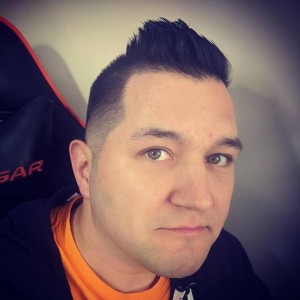 Owner of Zeal Media, Ryan has a passion to help owners take their small business to the next level. As a long-term entrepreneur, he has started and grown multiple small businesses of his own. In January 2016, he developed a website called InspireCast, featuring inspiring quotes, articles and resources for entrepreneurs.

Is having multiple domains bad for SEO?

Get FREE Traffic to Your Website: Backlinking Made Simple